Stand-up is a form of art, and if you hadn’t already known that, “The Opening Act” is proof evidence.

Written and directed by Steve Byrne, “The Opening Act” dives deep into what is often the driving force behind what makes a comic become a comic.

Will Chu (played by Jimmy O. Yang) is an insurance adjuster who moonlights as a comic — and as all types of moonlighting go, as in other art forms, like literature and painting, there will come the time when that moonlighter, or artist, enters a crossroads that forces the artist to choose between life in dedication to the art or just — life.

And so Will chooses and this is where we first begin to root for our hero, at the start of his journey as so many before him have done.

His antagonists are played by three other comics who are dealing with their own personal journeys:

Billy G, who is played by Cedric The Entertainer; Chris played by Alex Moffat; and a brief-yet-important appearance by the comic who plays Whitney Cummings. Each one haunts Will like Ghosts of Christmas Past as he endeavors on his first real challenge of his quest, and each moment he spends with these three comics, he is pushed into all types of directions, some inspiring, others dire.

And that’s the main keyword here that I took from the movie, a keyword that I have experienced each time I come to a blank page, having quit my own career to pursue the Letters, and that main keyword is “dire.”

Every art form worth its mettle, an ever-present Ghost of Dire stands in the corner of every room the artist sits in to serve as a reminder that if and when the art is disrespected, the scythe of failure will strike with the swiftness. There are levels to everything, and the Ghost of Dire doesn’t give a damn about your kids, your money issues, the pandemic. Always respect the art. And what looms over Will is his response to that: Will he disrespect the art form? Or come at it on both knees begging for any help?

There are also plenty of treats in this movie that is simply a must-watch. One is the huge treat getting to see Asian Americans in film. Jimmy O. Yang does an outstanding job in this movie. Steve Byrne is a great writer and director — he should be nominated for an Oscar in Screenwriting for this script and that’s not hyperbole, dead serious — and also dead serious about how Cedric The Entertainer owned every scene that he’s in. He should also get an Oscar.

Cedric embodied that darkness, that dire, and it was inspiring to watch — not gonna lie, the movie made me tear up just a little. Another treat is the messaging, which is key for the moment that we’re all in, that it’s never a good idea to quit, not in these moments, not in our lifetimes, and not in what we want to do.

“You in pain,” Billy G says to Will, “When we find that pain, got to learn to embrace it.”

Again — stand-up is an art form and every art form comes with levels and each level welcomes you with a more profound level of both enlightenment and pain — even in its last level, the ultimate demise — as pain and enlightenment is what I believe we will feel before we die, and it’s up to us while we’re still here to live through it, to get to know about that pain and enlightenment intimately so when the last one of them hits, we will be comfortable, we will welcome it, and then we can truly pass on. 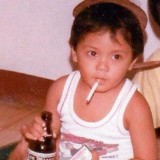